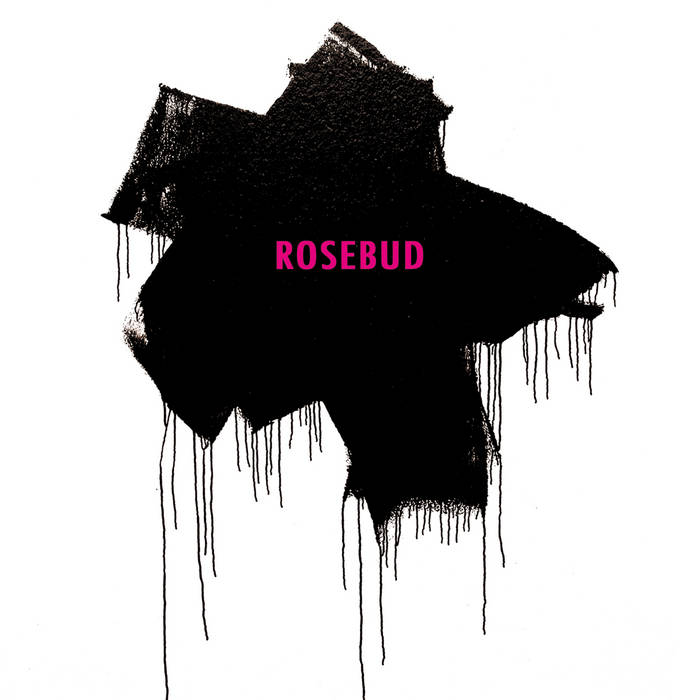 Experimental Italian guitarist, electro-producer and sound designer Eraldo Bernocchi joins forces with percussionist FM Einheit (a founder of the influential German industrial group Einstürzende Neubauten) and London-based cellist Jo Quail on Rosebud, a compelling mix of tranquil ambient sounds and pummeling industrial onslaughts. From the opening “Bloom,” an 11-minute suite that travels from evocative ambiance to caustic crescendo, to the closing theme “The Inquirer,” which emerges gradually over a haunting drone and builds to a hellacious distortion-laced guitar climax, Rosebud carries a dark, foreboding undercurrent while showcasing the trio’s uncanny group-think in the throes of organized chaos.

“What really intrigues me is to blend together different elements and observe what the alchemy of sound and suggestions is bringing up,” Bernocchi explained. “It is really difficult for me to imagine a goal or an objective when I start to work on an album. I like certain people, certain atmospheres, certain sound attitudes and energies and I dwell into them. It’s actually like starting a trip together where you have no idea about the destination.”

Bernocchi has high praise for his two empathetic collaborators on Rosebud. “FM Einheit is one of reasons why I am doing music. His work with Einsturzende Neubauten deeply influenced me when I began to experiment with sound in the 80’s. We worked together on the Black Engine project with Zu. Jo Quail is an English classically trained cello player who is immensely talented. She shifts her gears from orchestra work, composing for strings and devastating eardrums with a large use of distortion pedals and whatnot. Plus, Jo and myself share a love for quite a few metal bands. Both of them brought a wide sound palette to this trio and where chosen for their ability in shapeshifting from one moment to the other.”

Both the title of this provocative trio album, Rosebud, and the dark, industrial-metal track “Xanadu” are references to the 1941 Hollywood classic Citizen Kane, which was produced, directed, written by and starring Orson Welles. In the film, the powerful and corrupt newspaper magnate Charles Foster Kane utters on his deathbed the name he gave to a beloved sled he remembered from his youth. Bernocchi drew on that idea of memories for his Rosebud. “FM came up with most of the titles and we thought they were perfect,” he said. “The reference to Citizen Kane is there. The moment is now. Look at what’s happening everywhere — the media role, Trump, Erdogan, Brexit. The memories we more and more treasure as they slip from our fingers, the power abuse, the fake news of the web, the rise of populism. It’s all happening now! In the end I realised that my most emotional works, like Rosebud, are all linked to memories. This makes no difference but possibly is more linked to actuality.”

Touching on another movie reference, Bernocchi plays sparse, echo-laden guitar lines on "A Moment" that recall some of Ennio Morricone's music for Sergio Leone's 'spaghetti western’ films of the ‘60s. “When I was a kid I watched on TV A Fistfull of Dollars and I fell in love with those themes. They never left me. I began buying Morricone soundtracks when I was a teenager and I never stopped. He’s a genius and a major influence not only from a strictly musical point of view but also in terms of arranging. He found such innovative sounds and used them in more ‘classical’ pieces. De facto, he shifted perception without anyone noticing it as an intentional move.”

"Kangoo," which stands out among the other tracks on the album for its insinuating 6/8 groove, prominently features cellist Quaill. “FM came up with that groove/sequence and I spotted a 6/8 quite typical of Moroccan Gnawa music,” Bernocchi explained. “That's why you hear a kind of ethnic bass line. I then edited and ‘composed’ the parts in the studio.”

Bernocchi, who co-founded RareNoise Records in 2008 with Giacomo Bruzzo, is also one of the most prolific figures on the label, having appeared on recordings by Obake, Metallic Taste of Blood, Somma and Owls and also collaborated with minimalist pianist-composer Harold Budd for the London-based label. When asked if there is any overlap between the music on Rosebud and any of his other projects on RareNoise he responded: “My entire musical history is an overlap. It was puzzles critics, journalists and a lot of people. All I do is me. I don’t think, I don’t plan, I don’t pigeonhole my acts. I tend to observe the world as a whole unit, and I use that same approach for music. Anything can happen and I love contrast.”

Those qualities of unpredictability and contrast play out in full effect on Rosebud, the latest sonic excursion from maestro Bernocchi.

Bandcamp Daily  your guide to the world of Bandcamp